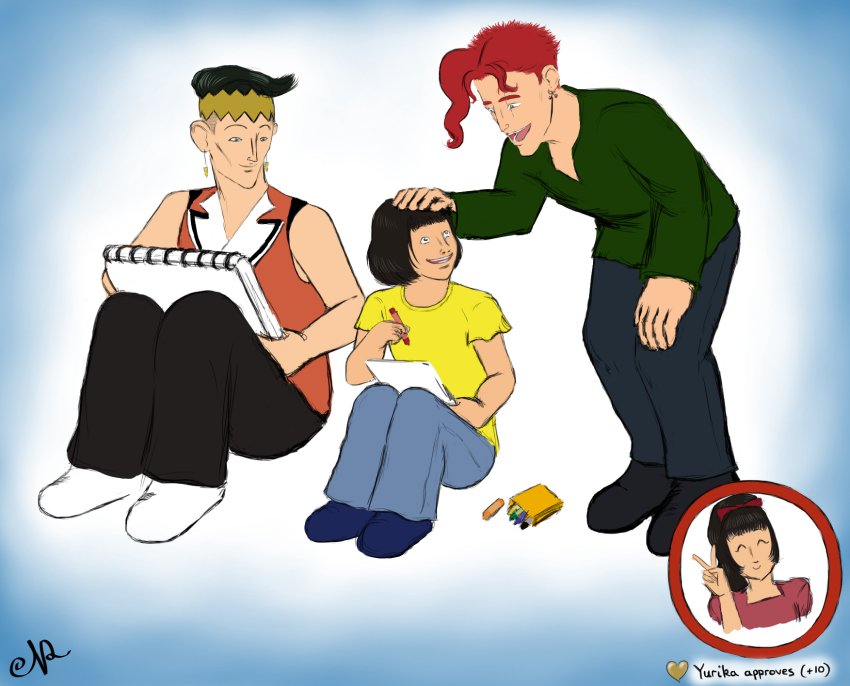 So! In every version of my SDC Everyone Lives AU, after university Kakyoin ends up marrying a lady named Yurika and they have a daughter called Hikaru. In the less happy versions, the marriage doesn’t work out, but the two cooperate to ensure little Hikaru gets to be with both parents.

If Kakhan then happens and they stay together, of course Rohan will end up meeting his boyfriend’s beloved daughter. At first, he’s nervous as shit, because kids what how do you even. But to cut a long story short, things turn out better than expected when it emerges that Hikaru has inherited both parents’ love of art. Everyone is happy and all is good