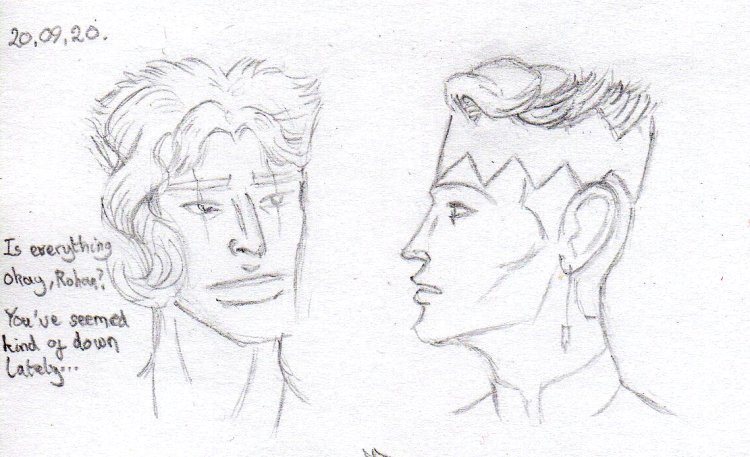 Insomnia sketch. Kakyoin has been feeling better lately thanks to finally getting treatment for his depression and trauma, but as he's gradually become less weighed down by his own misery, he's noticed that something seems a bit off about Rohan. When asked about it, Rohan is evasive, brushing it off as him reaching a sad point in his manga, but after everything that's happened, Kakyoin suspects there's more to it than that. Could it be that Rohan won't tell him what's going on because it has something to do with him...?