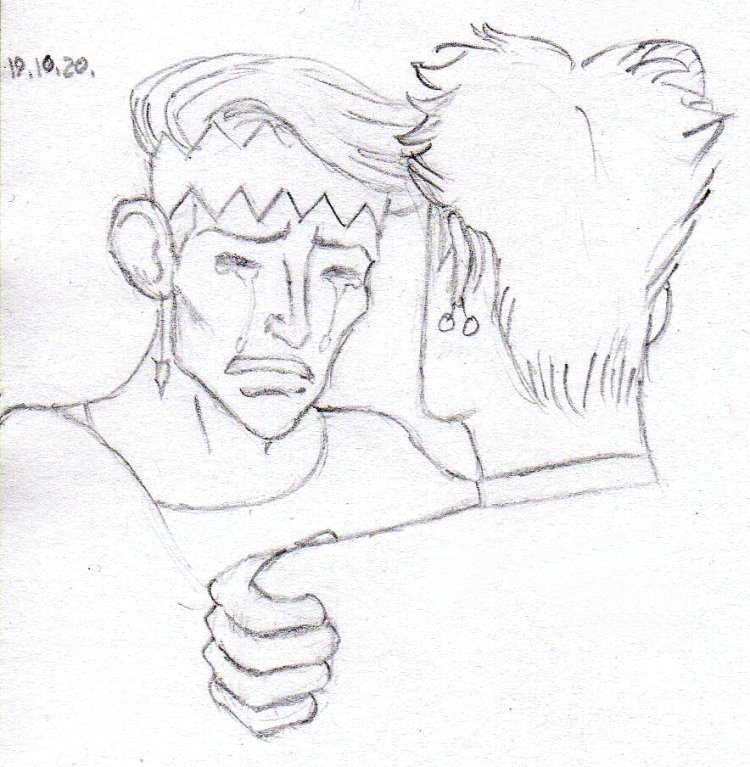 Insomnia sketch. After having seen into a bad timeline where the very worst thing he'd feared would happen actually happened - due to only one small difference, too - Rohan goes into a panic and rushes to find Kakyoin. In his terribly distraught state, he ends up breaking down in tears and revealing the truth behind a matter that Kakyoin had been concerned about for a while now...