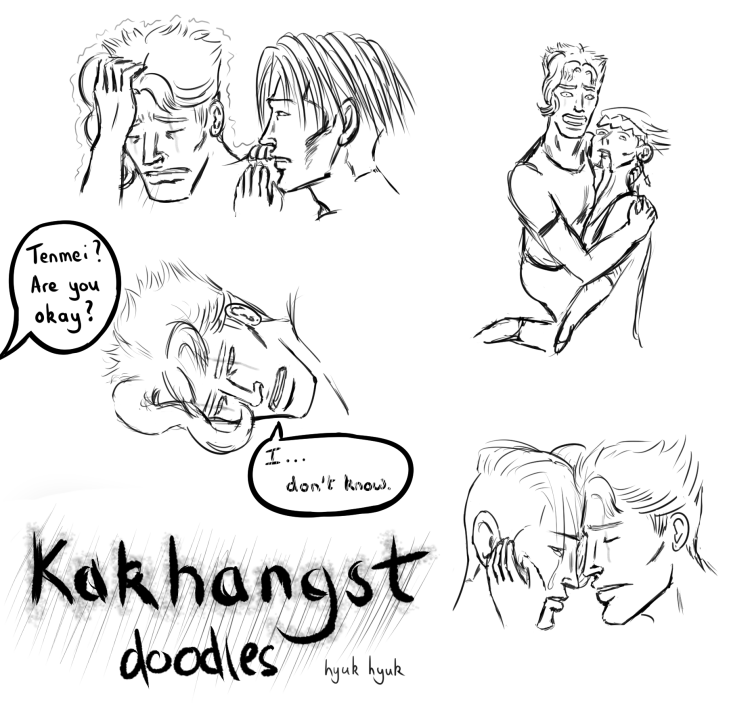 Top left: Kakyoin has had yet another horrific nightmare and has woken up distressed and shaking in the middle of the night.

Bottom right: I headcanon that Rohan's whole "I AM THE GREATEST AND BEST" thing is largely a self-defence mechanism, and that when he is actually forced to self-reflect honestly, he often really doesn't like what he sees and can get quite down about it. Hehe oop