Kakyoin Tenmei tries his best to just live his life after surviving the battle against Dio - but it is far from easy.

Throughout his 20s, Kakyoin's mental health deteriorates, not despite but really because he's trying to just Determination his way through his issues - because he thinks that's what he has to do, because he thinks he's just 'weak' and not suffering from actual treatable illnesses. He tries his best to hide his misery from his daughter, but, to his great shame, is not always successful.

When little Hikaru catches on that her dad is having a hard time, all she wants to do is try to make him feel better. 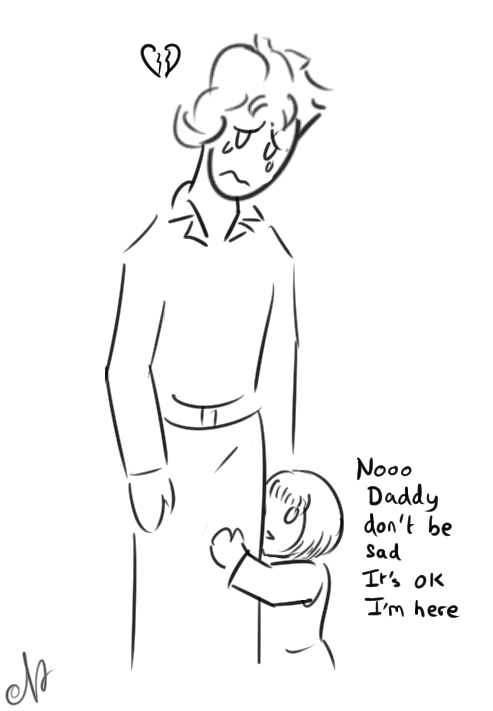 As Kakyoin sees it, he's her father - he's supposed to protect and comfort her, not the other way around. So as much as he adores that she's such a little sweetheart, being 'caught' like this makes him feel all the more like a failure.