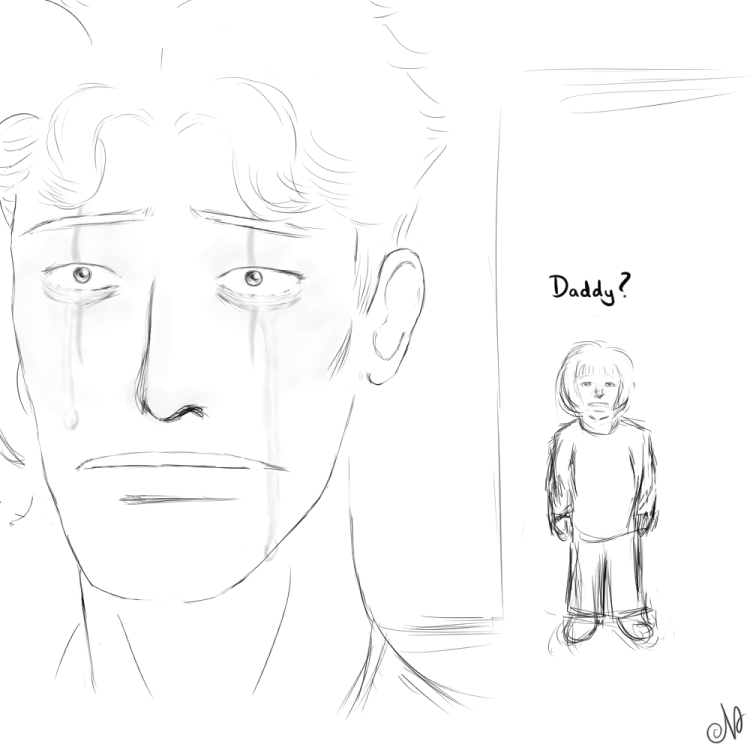 About 1996/97. Kakyoin has had a horrific, excruciatingly vivid nightmare in which he was once again under Dio's control and was forced to murder his beloved wife and child. After waking up in deep distress, he slipped out of bed and crept downstairs to the kitchen, trying not to disturb his sleeping family all the while, before quietly allowing himself to let out his anguish.

He hadn't quite expected little Hikaru to happen to wake up anyway wanting a glass of water.