Muhammad Avdol was, through Polnareff's sheer force of will, pulled back out of Vanilla Ice's void when such a thing ought to have been impossible. Fortunate as he was to escape with his life, he had lost both his forearms when the void ripped him away and was left with terrible trauma from being in a space where no human is supposed to come out of. After recuperating in hospital, where he was fitted with mechanical forearms much like Joseph's arm, he was diagnosed with post-traumatic stress disorder and soon commenced treatment.

Since then, Avdol has ended up living with Polnareff and Iggy in the quiet French countryside, but that does not mean that things have been easy. Even with professional treatment and a loyal, supportive partner, the trauma is a constant battle, depriving him of sleep and peace of mind. Not only that, he had had a good life back home in Egypt, with a successful fortune-telling business and his family close by. Moving to France meant having to start all over again and also being permanently spurned by his family, who he knew would never approve of his relationship with Polnareff.

It took a lot of agonising for Avdol to make his choice. Polnareff had even insisted that if choosing to be with him meant losing his family, Avdol should choose his family instead. But in the end, Avdol knew how he wanted to spend the rest of his life.

Avdol does not regret his decision, but that does not mean that the consequences don't weigh heavy on him, or that he has been magically cured of his illness through ~the power of love~. Sometimes, in fact, all his troubles are just a bit much to bear. 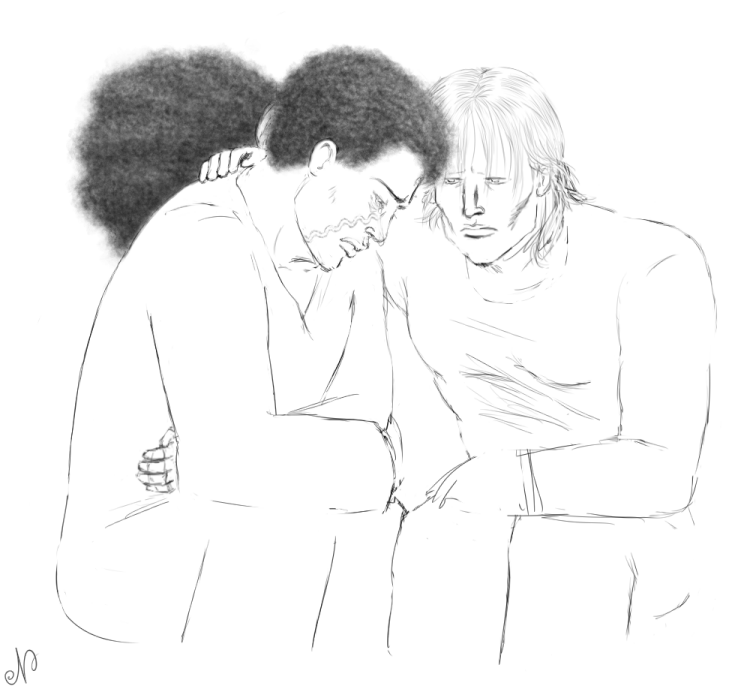 Back to JJBA Sketches & Scribbles