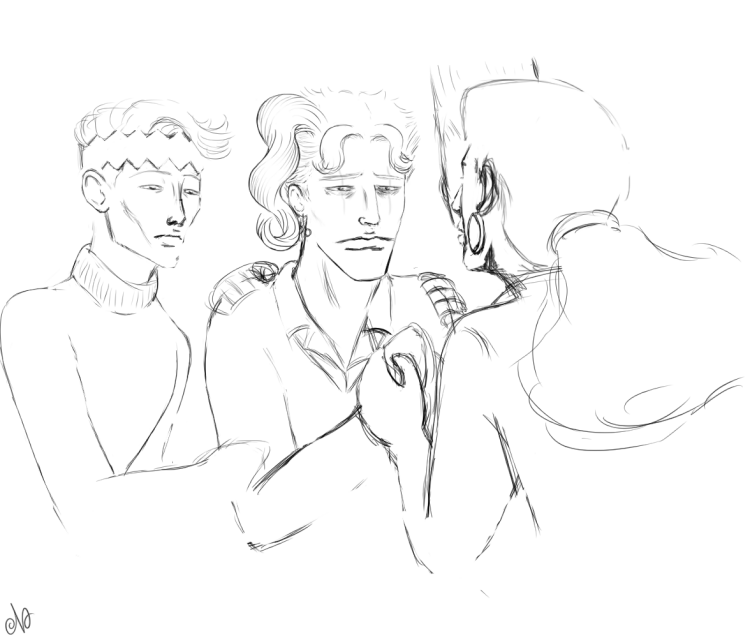 After having barely dragged himself out of his lowest low yet, Kakyoin travels with Rohan to France, having insisted that the trip should still go ahead in spite of him still not being 100%. During their time there, they visit Kakyoin's dear old friends Avdol and Polnareff at their residence. Kakyoin finally discovers that Avdol was diagnosed with PTSD while he was recovering after the battle with Dio - and that Avdol's symptoms sound suspiciously similar to his own. Contrary to what he had feared, Polnareff and Avdol's reaction to Kakyoin coming out about his suffering at last is one of compassion and acceptance, and the resulting combination of being moved by their kindness and more than a decade of bottled-up anguish causes him to become emotional. Avdol, aghast that Kakyoin has been struggling with this without any professional support for so long, gently urges him to seek help.