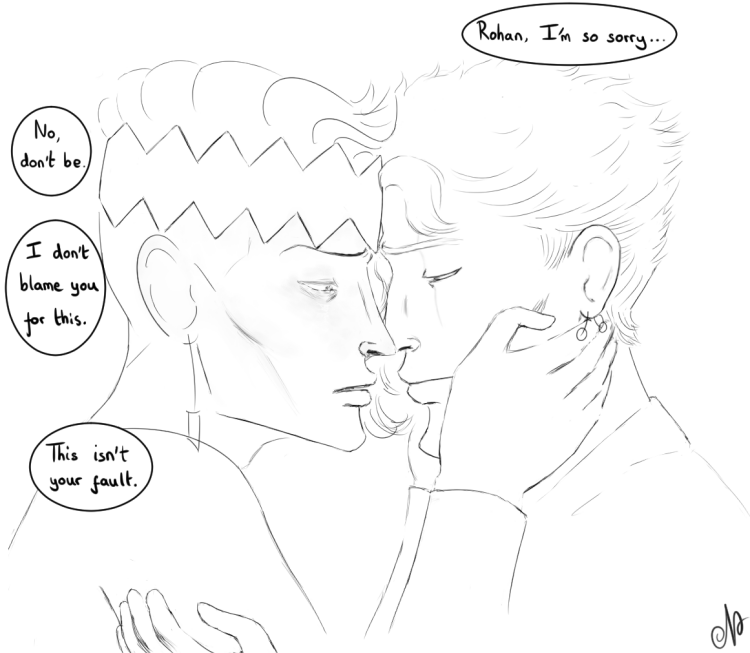 Recurring scene: Rohan has seen into a bad timeline where Kakyoin actually killed himself just like Rohan had been terrified he would.

When Rohan finally stops crying after revealing both what he had seen and how terrified he has been about potentially losing Kakyoin to suicide, Kakyoin apologises to him, feeling horrible for having caused him so much pain and fear. However, Rohan makes clear that he harbours no negative feelings towards him at all over the situation.