Originally part of a hemidemisemicomic that never got finished. Kakyoin's memories of some things that happened while he was under the influence of the fleshbud are hazy for a time, but gradually come back to him through nightmares and flashbacks. One night he awakes in distress after a vivid nightmare that was a full playback of something horrifying - something that Kakyoin vaguely had a sense happened, but which he hadn't wanted to believe was real. 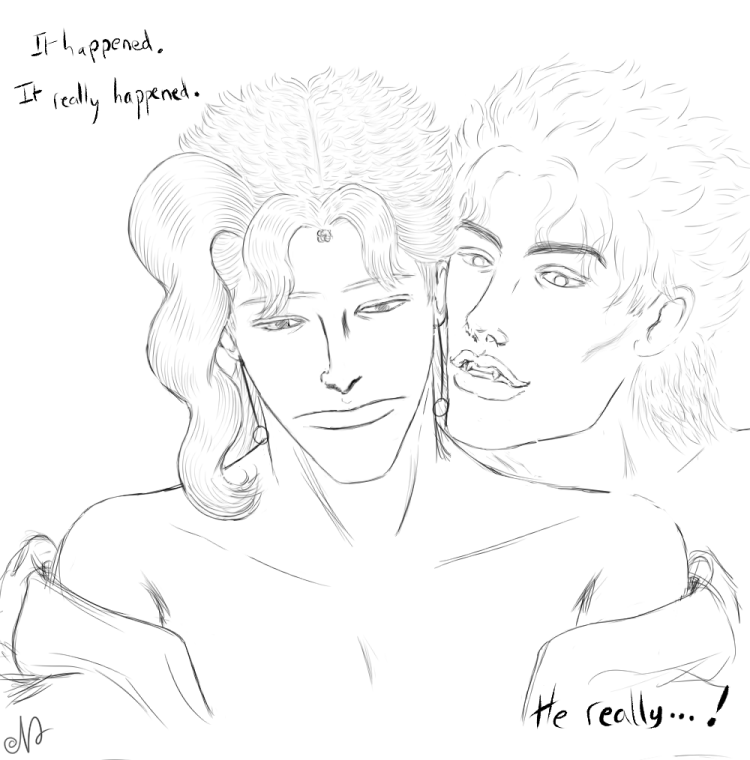 There's no more running away from it now, he realises, feeling sick to his stomach. But how on Earth is he to deal with this awful truth? It was humiliating enough that he had succumbed to Dio's control, but this? This is... not something he would even want the others knowing, let alone seeking solace from them over it...