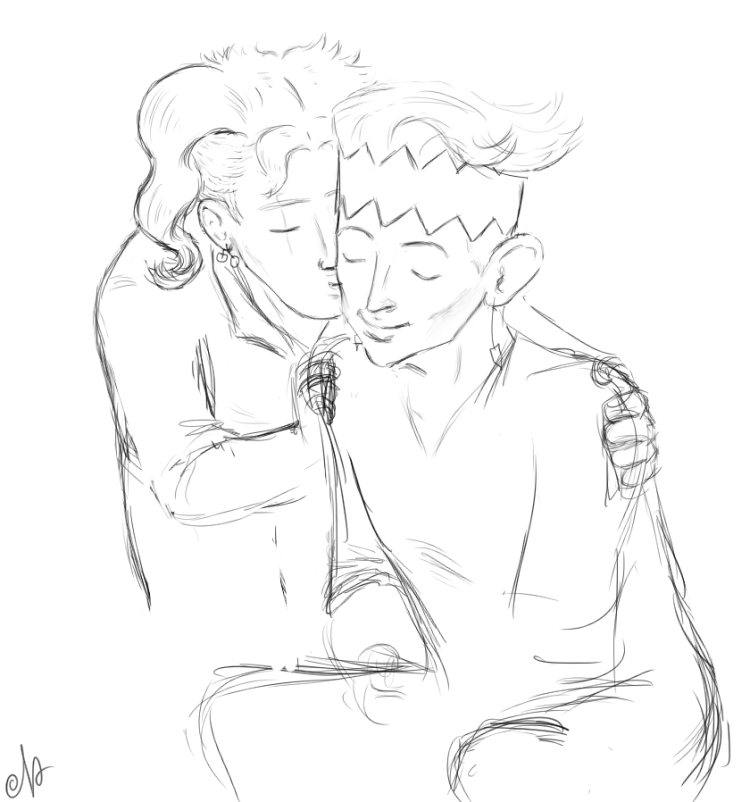 Had a ridiculously sappy 'vision' one night where Kakyoin and Rohan were preparing food together. Rohan was sitting there happily chatting and laughing as he peeled potatoes, but then he managed to cut himself. Kakyoin soon came over, put a plaster on Rohan's finger, told him to be careful, and kissed him on the cheek before returning to what he was doing.