Due to feeling deeply uncomfortable with his own crush on Kakyoin, Rohan takes the totally mature route of cranking up the tsuntsun around him. Kakyoin is quietly annoyed and puzzled. Koichi notices and one day, in private, calls Rohan the fuck out on it. After some back-and-forth, with Rohan trying to brush the situation off and Koichi having none of that bullshit, Rohan eventually lets slip the real reason why he's been such an arsehole to Kakyoin. Although Rohan is fearful of how his one (1) friend will react to this information, Koichi is only surprised and not repulsed or anything awful like that. However, he does tell Rohan that he should probably apologise to Kakyoin for being such a dick to him over something that isn't even his fault. Rohan, thankful for Koichi's acceptance and seeing reason in what he says, agrees and does just that the next day. Awkwardly. 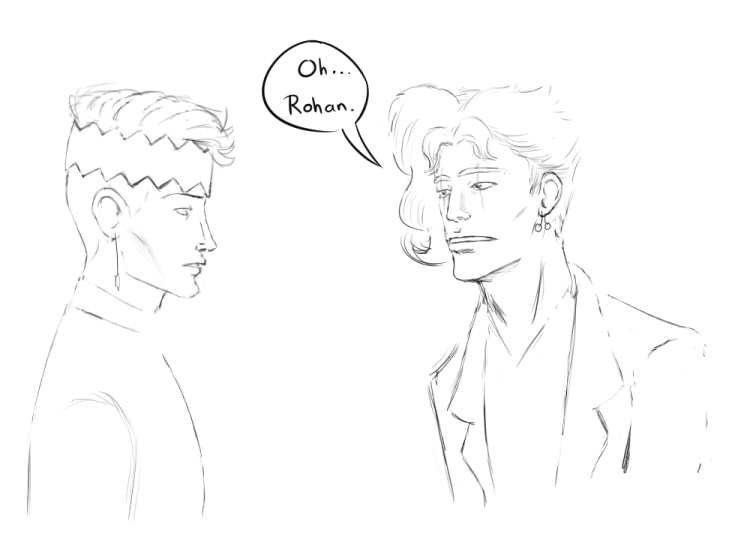 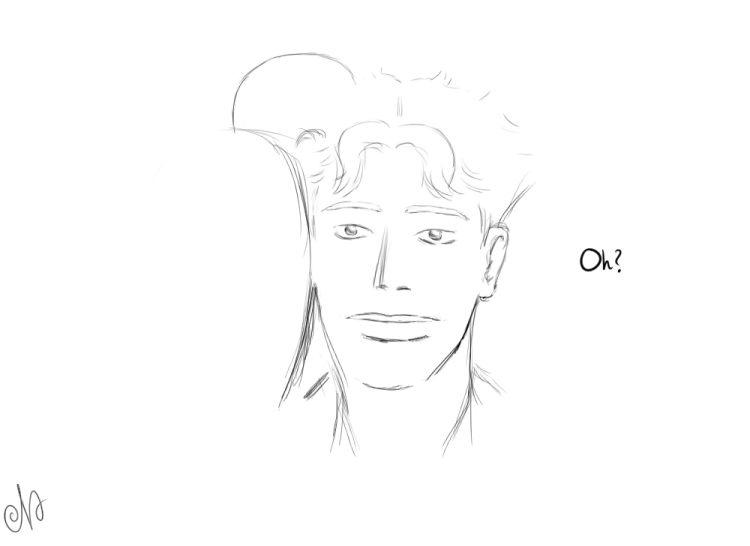 Rohan offers a slightly nonsensical explanation and Kakyoin is a little bemused, but accepts his apology. Surprisingly, they end up getting along a lot better when Rohan isn't cranking up the tsuntsun... although Kakyoin can't help but notice that something still seems 'off' about Rohan when he's around him. What could be the meaning of this?