After another day of hard work, Kakyoin unwinds with a video game. A very tired Rohan flops onto the sofa next to him, resting his head on his shoulder and quietly watching him play. 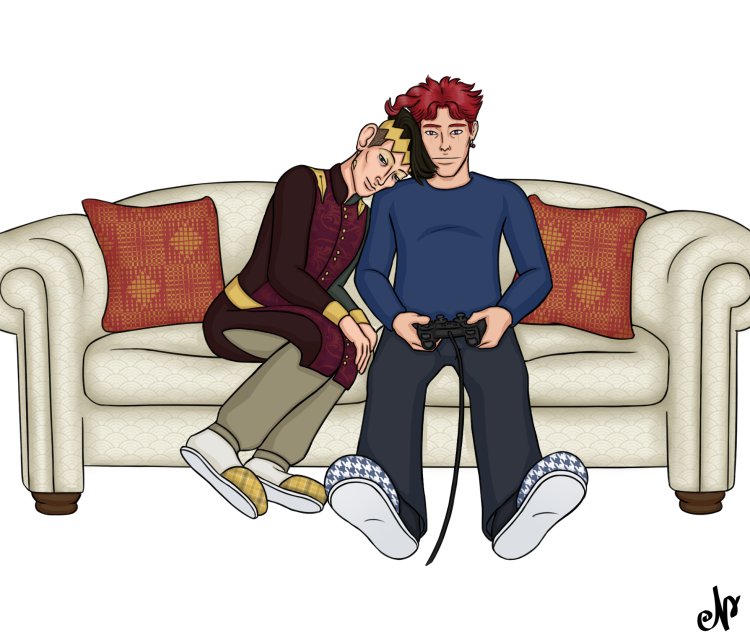 Rohan hadn't been too interested in video games before he met Kakyoin, but when Kakyoin showed him more story-based games like Final Fantasy and Metal Gear Solid, he soon became quite intrigued. Now Rohan enjoys watching Kakyoin play games. He even bought Kakyoin the PS2 he's playing here!

When Kakyoin has to wake up the still-sleeping Rohan once he's done playing, Rohan is deeply disappointed to realise he's gone and missed everything!