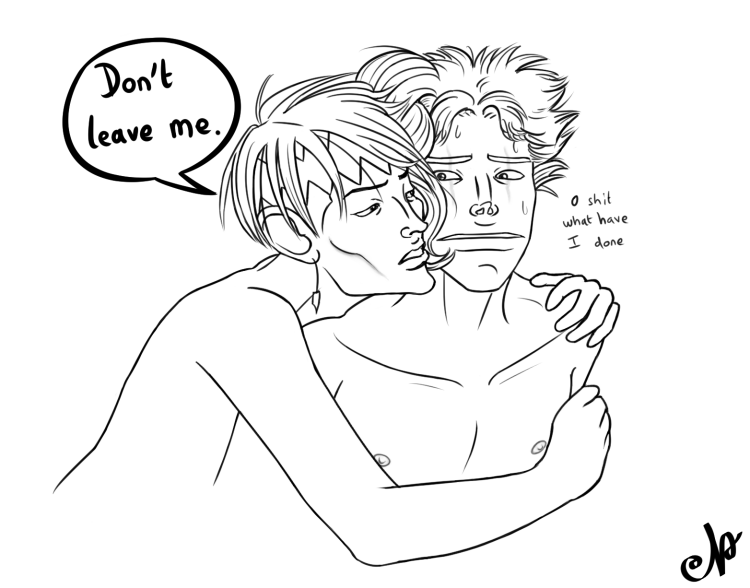 Since I've undergone rather a Drawing Power UP! over these past five-and-a-half-ish years - largely thanks to obsessively drawing these two the majority of times I had time free - I thought it'd be fun to try redrawing my first ever Kakhan pic from memory in my present style!

This early incarnation of Kakhan was actually fairly different to the Kakhan I obsess over now. It started off as a 'LOLOL jokeship', a tragicomedy in which Kakyoin goes to Morioh with Jotaro only to end up with an obsessive admirer in the form of the aforementioned local art goblin, who he 'accidentally' beds one night and who he cannot get rid of after that.

Nowadays, I'm pretty much always mentally dwelling in a happier timeline where the feeling becomes mutual and the two successfully figure out how to cultivate a genuinely good relationship with each other because I'm a sap like that, but it's fun to revisit this old carcrash edition once in a while 😊