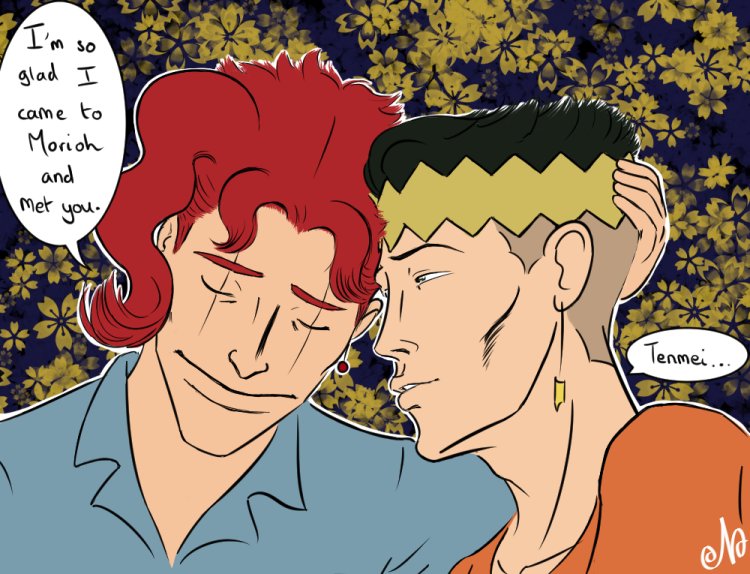 A coloursperiment that ended up also being an inksperiment, since I was a chronic scribbler for a long time. Expecting nothing good to really come of attempting yet again to ink a picture, I did the 'inking' fairly sloppily, but... then it turned out way better than I thought it would?! This would mark the beginning of my path towards finally CEASING to be a chronic scribbler 😂

Anyway. There are times when Rohan wonders, in an anxious, paranoid state of mind, whether Kakyoin loves him as much as he does. Perhaps Kakyoin will, at some point, tire of Rohan and abandon him. It's a thought that Rohan does recognise as unfounded in healthier times, but which can truly fill him with fear in less healthy times. When Kakyoin says things like this, though, all Rohan's fears are allayed.