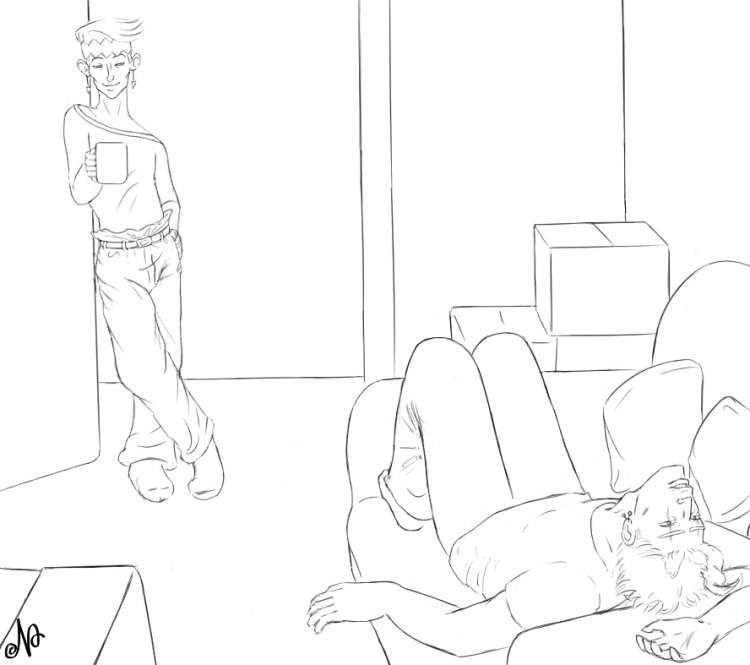 Following the events of Diamond Is Unbreakable, Kakyoin and Rohan enter a long-distance relationship with each other. However, after a time, being apart from each other so much proves difficult (particularly for Rohan, who himself is surprised at how attached he has become to Kakyoin), and so they decide to move in with each other. Here, the two have just finished moving all their stuff into a new place. Kakyoin is happy but tired; Rohan is giddy with excitement.