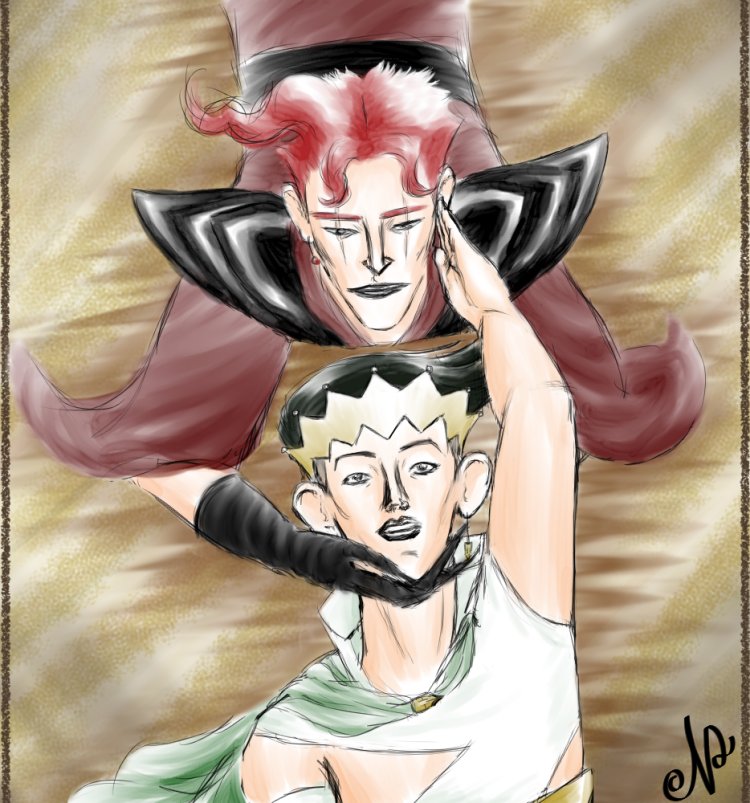 Kakhan is already an AU ship, but I’ve actually made an (extraordinarily silly) AU of this AU. AU²

When the Lord of the Cherries finds that his favourite fuckbuddy personal guard has, alongside several other guards, been brutally murdered and mutilated - a slaughter that many people automatically assume to be the doing of the notoriously ruthless, sadistic Lord himself - he becomes determined to track down the killer and exact his vengeance upon them. His investigation leads him to a land ruled by a highly eccentric King who has a penchant for wearing outrageous clothing and who would really rather be drawing than attending to his royal duties. It seems this King may have some ties to the killer, though he doesn’t know it yet…

And then romance blossoms and they team up with AU!Lisa Lisa and AU!Reimi to kick the killer’s arse, hurrah